There are many reasons why your shower or balcony may be leaking. One of the most common reasons is that the taps or pipes behind the walls have a leak. Even building movement can cause cracks in the grout and cause leaks. There can be other reasons as well. In this guide, we at Budget Seal would like to share information about the common causes of such leaks. Also find out what are the signs of the leaks.

Building movement is one of the most common causes of leaking balcony and showers. It causes the grout to weaken and crack. This causes damage to the waterproof membrane under the tiles. Mostly this affects the wall and floor joints of the balcony and shower recess.

You should know that almost 9 in 10 showers built on a stud wall will leak due to the gap that forms between the shower recess floor and the tiled wall. Moisture and temperature variations can cause the building movement. Other affecting factors include vibration in the wall due to opening and closing doors.

Balconies often leak because they have no waterproofing or poor waterproofing. Your balcony faces much harsher conditions than your bathroom. It is exposed to the elements. This makes it necessary for the floor joints and substructure to be made of durable materials.

Balconies are more likely to be affected by building movements because they have to withstand much more weight. There is a much higher risk of the waterproof membrane failing. The sliding doors and windows increase the chances of water penetration. When a balcony leaks, the common solution is to re-seal the area. This doesn’t require removing all the tiles.

Signs of a Leaking Shower

It can often be difficult to spot a leaking shower, as the area is wet most of the time. Some of the common signs are as follows:

Some of the other causes of a leaking shower are as follows:

Sometimes, leaking showers are caused by water supply leaks. It may also be caused by improperly installed or worn out solder connections of the tub or shower valves. These valves have a screw-on connection that may not be properly tightened. An aging shower may leak even when the connection is tight enough. Rusting may develop and cause joint leaks. So these are some of the common causes of shower and balcony leaks. It is best to get the leak checked by an experienced and licensed professional to determine the right shower repairs solution. If you want information about the perfect solutions for these leaks, contact Budget Seal at 1300 907 104. You may also visit our Contact Us page to write to us. 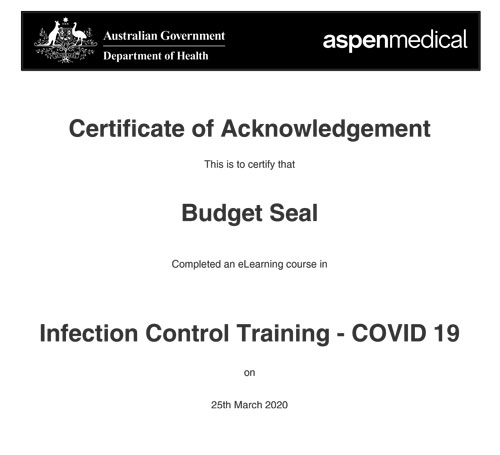